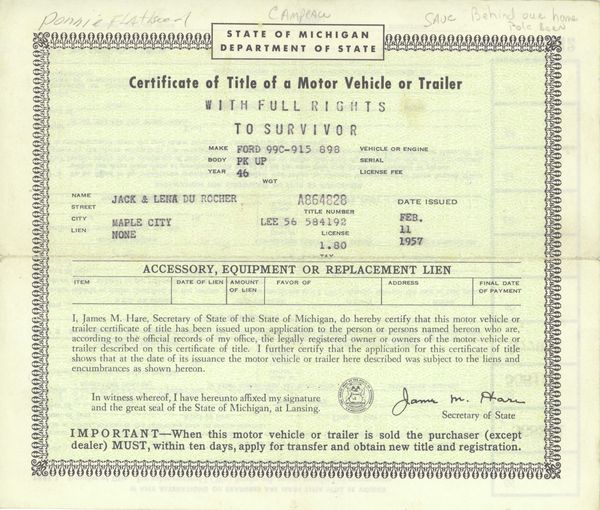 After rattling off the hop-ups that make his ’32 Ford wickedly fast, the braggart of the Beach Boys’ hot rod anthem, “Little Deuce Coupe,” ultimately boasts, “I got the pink slip, daddy.”

He’s referring, of course, to the colored paper that California certificates of title were once printed on. While crowing that he owns his car outright, he’s also hinting at a willingness to race “for pinks,” where the loser forfeits his car.

Let’s say that five decades later, the Deuce coupe comes up for sale. Before you hand over the cash and let the Lake pipes roar, check the pink slip carefully. Is the seller’s name on it? Does the vehicle identification number, or VIN, match the one on the car? Did you check the VIN in the National Insurance Crime Bureau online database to see if it had ever been reported as stolen?

Those are just a few of the steps that an overly eager buyer might skip, according to Tony Monopoli of AVM Automotive Consulting in Montvale, N.J. Such neglect could expose one to problems titling and registering the car.

“Fights happen over ownership,” said Monopoli, who does appraisals and estate planning for car collectors. “You could end up in a legal dispute with a title-holder.”

Imagine in our example that the seller reveals he’d won the Deuce coupe in a race 50 years earlier. You could be surprised when the original owner shows up with a duplicate title and also claims ownership. That’s not the most common problem encountered with titles, but equally strange things have happened, said Bryan Shook, an attorney whose firm, Vintage Car Law, handles such cases.

Shook worked on a widely reported case involving the 2012 discovery of the No. 1 Corvette racecar that Briggs Cunningham entered in the 1960 24 Hours of Le Mans. Questions of ownership eventually resulted in a settlement among three interested parties.

“In the case of the Cunningham Corvette, there was an old record title interest out there, but the car was purchased from someone other than the record title-owner, and no one could find him,” said Shook, who represented the buyers. “So there were essentially two chains of title open.”

Shook explained that an automobile title is not the same as the deed to a house. “In most states, a title only indicates apparent ownership, but it is not conclusive proof,” he said.

Definitively showing ownership – something especially critical with collector cars – could require having a continuous history, Shook advised. “That means documentation showing every owner, every title transaction and every change made to the car,” he said.

The “open title” is a more common problem, according to Shook. It occurs when someone buys a car, and, expecting to resell it without ever registering it, does not complete the buyer’s information on the title. “They do that to avoid paying sales tax,” Shook said.

In such cases, Shook has insisted the seller get the car titled before letting his client buy the car.

There are many other titling issues than can be covered here, including questions of true mileage. Monopoli suggested a few tips to protect your interest: Before buying a car, have a professional appraiser verify that the car is what it’s claimed to be; after buying, title it in your name immediately. And never leave documentation in the car. 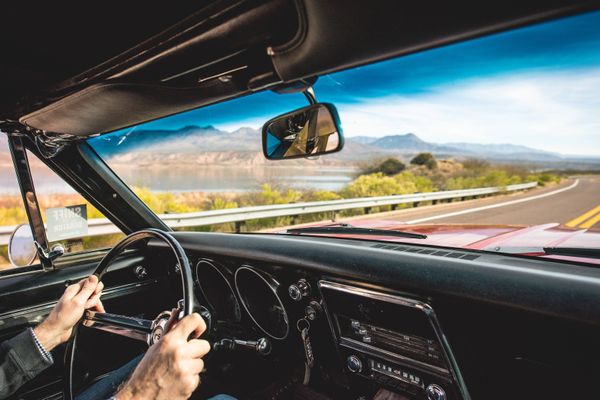 By Kyle Smith The snow mounds are receding and the mercury is beginning to rise for much of the U.S., which means that... 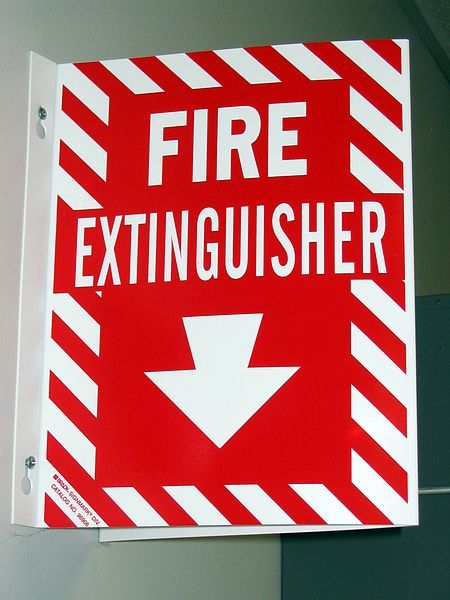 With so many options out there, there are a few things you should consider when it comes to coverage for your car....