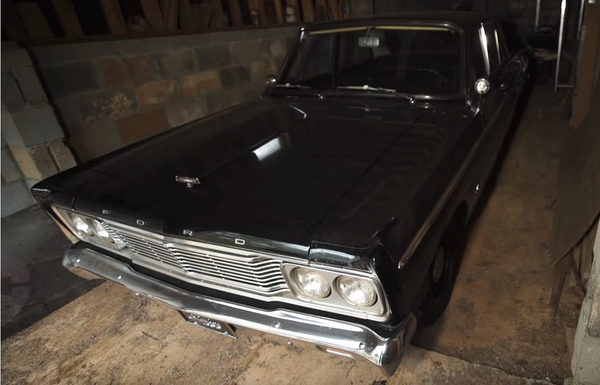 The owner is someone famous, too.

Cars aren’t just things we drive or even admire as they pass by. These complex machines create connections between people, if we’re using them correctly. After all, you can use your car to go visit or family member. Your neighbor might help you install some new headers, or you might keep in contact with someone you buy a special vehicle from. That last one is the situation for Tom Cotter of Barn Find Hunter, as you can see in the episode down below.

A quarter of a century ago, Tom bought an old stock car off David Sosbee, who was a the son of a racer and competed in NASCAR himself. In this episode you see Tom connect up with David after not seeing him for those 25 years.

The main purpose of this reunion, other than to say hi to each other, is to check out David’s prized possession: a 1965 Ford Fairlane 500. If you haven’t watched Tom Cotter that much you might not know he has a weakness for these, so it’s understandable why he’d go out of his way to see this one. It’s an ultra-rare Ford sitting in a cinder block garage where you might not expect to find such a beautiful, well-restored rare automobile. You really should watch the episode to hear the story behind this car, because it’s great.

Of course, the other draw is that David’s property used to be full of interesting cars sitting around, and Tom wants to look over those again. Most of the old stock cars have been sold off or restored, sitting in museums now, but a few are left, including a car David raced at Talladega, Daytona, and other tracks. It was wrecked out in a race and became a parts car, so now it sits on the property.

There are some other cool cars on the property, like a ’34 Ford Coupe. Most are covered in vegetation.  And once again it’s entertaining to see Tom geek out and rattle off facts about the different vehicles.