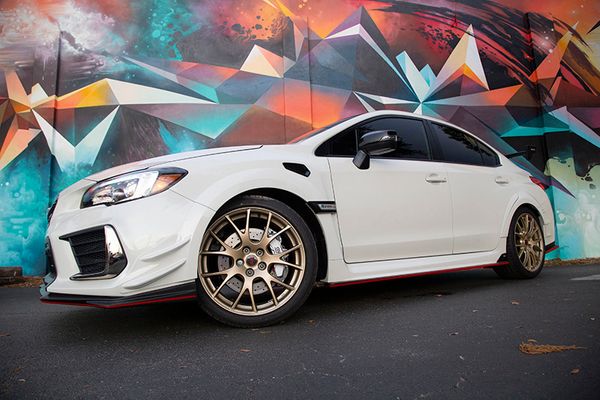 Only 209 examples were built of the best-performing street-legal Subaru to date.

Whether you enjoy professionally racing or you carve the scenic way home with much-needed added thrills, this limited-edition 2021 Subaru STI S209 is the perfect choice for the above and then some. The STI S209 is the latest model to proudly display the S-Series name, one that has carried on since the S201 that was introduced almost two decades ago. An extremely rare example, just 209 STI S209s were built with this example being No. 153, so getting your hands on one would likely prove to be a difficult task. Considered to be the best-performing street-legal Subaru to date, this ultra-limited 2021 Subaru STI S209 is being offered through Dream Giveaway. Use the promo code SUBARU6 or click here to receive bonus entries!

STI, or Subaru Tecnica International, is a performance division of Subaru that first began in 1988. STI engineers have extensively researched and applied what they've learned about motorsports to develop the best-performing vehicles, and you can trust the performance as they have spent thousands of hours on the track, navigating challenging roads, and inside the STI garage.

This incredibly rare Subaru is powered by a turbocharged 2.5-liter Subaru Boxer engine that generates 18 lbs. of maximum boost and produces 341-horsepower. Considered to be the most amazing street-legal Subaru ever produced, the S209 was completely designed from the chassis out to harness and balance the healthy amount of power. Given a redline of 7,200-rpm, this car was built to perform and can sprint from 0 to 60 miles per hour in just over 4 seconds. This is the first time this level of performance in a Subaru car is offered in the United States.

Developed with motorsports in mind, STI engineers extensively tuned the suspension to ensure insane handling on track along with insane grip when diving into those apexes and corners.

Nearly 2-inches wider than a WRX STI Nürburgring Challenge racecar, the body now allows for fitment of the forged alloy BBS wheels (19x9) wrapped with Dunlop 265mm rubber, the widest tires ever fitted to a Subaru STI from the factory. With that much rubber to work with, this car grips harder than any other Subaru model ever produced as it allows for 1.0-g of lateral acceleration on the skidpad. Stopping is always necessary so a Brembo performance braking system was added including silver-finished 6-piston calipers up front with two-piston monoblock calipers out back along with large cross-drilled rotors and sport brake pads.

Once strapped into those Recaros, you'll be more than ready to hit the track. Even better, the driver's seat can be electronically adjusted eight ways. Sitting in front of the driver is an Ultrasuede-wrapped steering wheel with plenty of grip for confident control, and a Multi-Function Display allows for easy monitoring of all vital signs. Exclusive to the S-Series are the silver and red accents that can be found throughout cabin. The front headrests are adorned with S209 badges, and the plate behind the shifter proudly displays the car's limited-production number (#153).

Carving corners could not be more fun than in the best-performing Subaru model to date. A donation to Dreamhouse Giveaway not only gives you an entry to win this limited-edition 2021 Subaru STI S209, but all proceeds go toward veterans' and children's charities. Use the code SUBARU6 or click here to receive bonus entries!