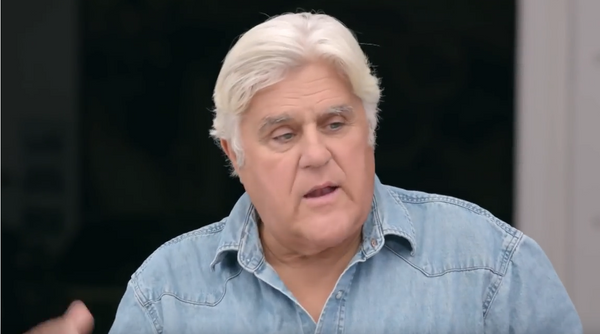 It had to start somewhere.

If you’ve been wondering how Jay Leno got started with his love of cars, now you have the answer. According to the comedian and auto collector, it was the opposite sex which first spurred his interest in automotive freedom. Really, it’s no surprise, since many young guys even today buy something like a Dodge Challenger or Ford Mustang to get the attention of girls, showing some things never change.

In an interview with Daily Mail, Leno disclosed that the freedom of a car would feasibly allow him and other boys to take their girlfriend to a secluded spot for some racy photo taking. The trick was getting the photos developed at the “right” shop, otherwise they would come back edited. To make any of this possible, it was necessary to have a car. As Leno notes, today boys can just ask for the same thing through text message, which in some states can come with criminal penalties if the activity is detected.

Starting out with a 1934 Ford, Leno soon caught the car bug. It allowed him a new freedom he hadn’t known before while growing up in western Massachusetts. As he was going through college in Boston, the comedian worked at a dealer selling Mercedes-Benz, Rolls-Royce, and Bentley cars.

While working at the dealership, Leno got involved in car collecting. He would try to find deals on classic cars and worked to restore them in his spare time. As most of us know, that has ballooned into his collection of 189 cars and 168 motorcycles, many of which are unbelievably rare.

Famously, Leno only adds vehicles to his collection he considers having a high degree of historical significance. In other words, he doesn’t collect based solely on market values, but instead goes for acquisitions that can tell a story. That has actually worked out incredibly well for him. But don’t forget it was because of girls his drive to buy a car first came about.