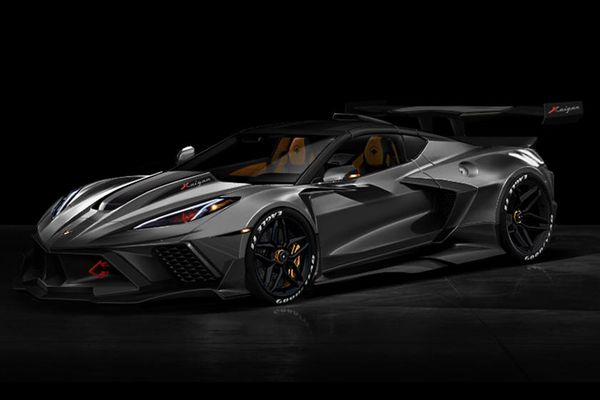 Should this aggressive design be made?

2020 marks the beginning of the 8th generation for the Corvette and is its largest leap yet in its slow, up until now, progression towards supercar status. The mid-engine design not only allowed but actually in a way forced Chevy into an aggressive design that has just as much in common with a Lamborghini or Ferrari as it does with previous generation Corvettes.

Despite the welcoming reception from Corvette enthusiasts and critics alike, there are still some that think that the new design fell a bit flat and could definitely be improved upon. While this kind of mixed-emotion attention is nothing new for the Corvette, historically there have not been many radical aftermarket fixes for the consumer grievances in the past. However, the C8 is in almost every way a new beast that has drawn a new crowd of enthusiasts that are not afraid to deep dive into one of the most costly and difficult style upgrades for a car - the widebody kit.

For the C8 owner left wanting more from the Corvettes newly found body lines, there have been very limited options thus far, which is not all that surprising. What’s also not surprising is that most of these kits push the looks of the car even further toward a European inspired design and away from the Corvette’s heritage.

However, there is one company that has developed renderings that seem to draw a lot of inspiration from John Greenwood’s design from the 1970s. From the pictures, Xeigen’s widebody kit appears to feature a hood very similar to an L88 style hood, a wider stance, and a steeper angled front end. The company even went as far as to draw up one rendering that shows the planned wide-body Corvette proudly displaying patriotism with a red, white, and blue paint scheme even more reminiscent of one of Greenwood’s C3 Corvettes.