The DeSoto Adventurer seems relegated to the margins of automotive history. Here's why this largely forgotten slice of 1950s Americana deserves your attention

Someone deemed an 'adventurer' is likely to bring excitement. You wouldn't invite Indiana Jones to the party without expecting a riotous venture, speaking of the joy found within an open horizon. Going about travel with an inherent flair, it's not difficult to understand why this American classic from 1959 adopted such a name – the DeSoto Adventurer.

On the cusp of six decades since manufacture, this 1959 DeSoto still possesses the ability to mesmerize wherever it goes. Even just a brief glance at this extraordinary automobile will tell you something that we probably don’t need to – the 1950s were a particularly fruitful era for automotive design.

Bright paint schemes, luxurious interiors, big engines and unashamed lashings of chrome produced motor cars that were mobile works of art, rather than a utilitarian feature of day-to-day life. The glamour of driving had finally filtered down from its pre-war roots amongst the wealthy to the everyman and his family. 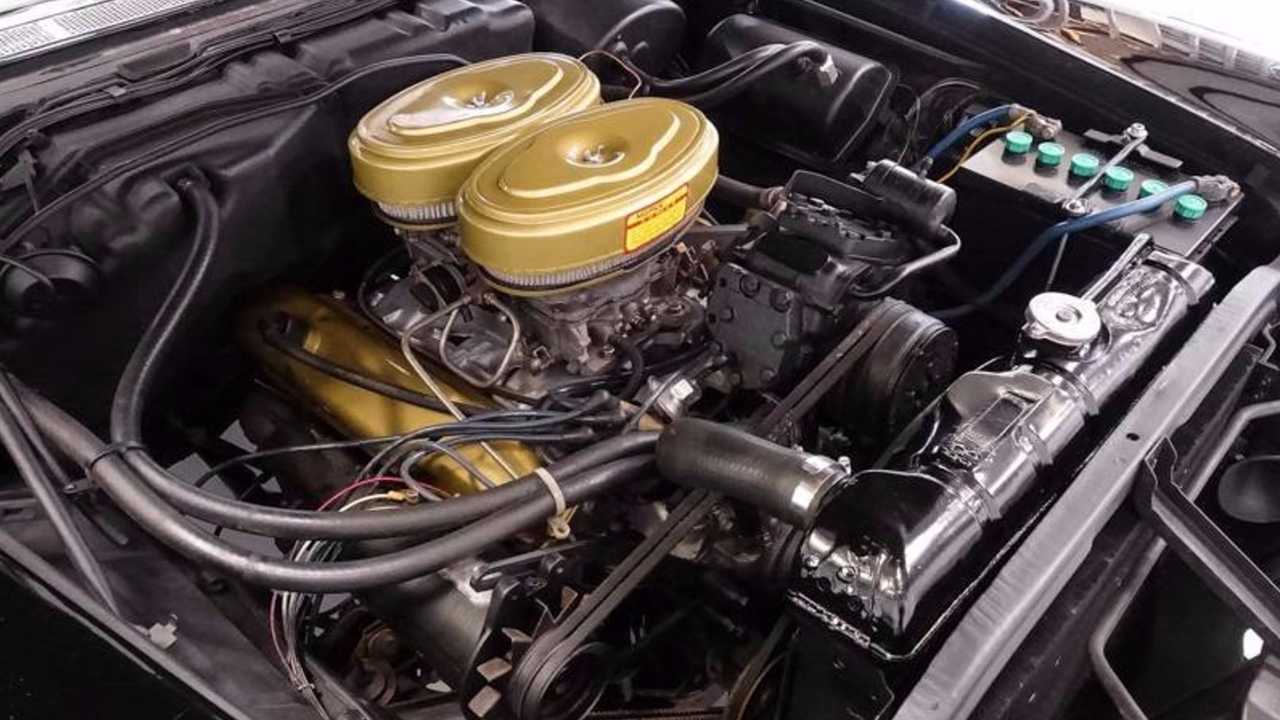 The 1950s were an era that saw concepts in jet aircraft and the space race replicated in the bold rear tail fins, bullet-shaped door mirrors, generous light clusters and notable air intakes on next door’s saloon.

Automotive design enthusiastically evolved like never before, despite the fact that most of the motoring industry was barely back on its feet after the Second World War and materials such as copper, steel and aluminium were initially in short supply. 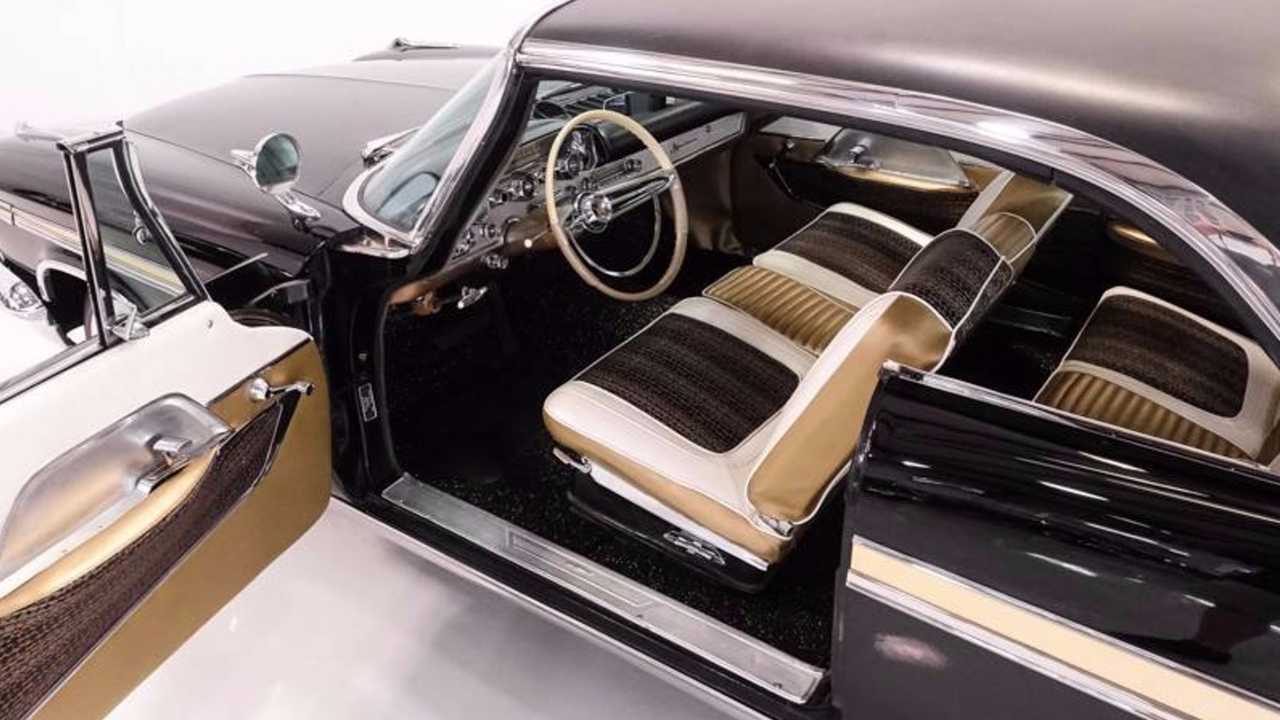 Manufacture of the devastatingly gorgeous Adventurer began in 1956 and much like the overall fifties view of future, the model had a promising start. Originally only intended to serve as a high-performance sports coupe concept, the Adventurer was up-graded to DeSoto’s top-level automobile.

Early consumer reaction was promising, enhanced further by reworking Virgil Exner’s design and offering a convertible edition in 1957. Mirroring the generous adornment on the exterior, the Adventurer offered one of the most comprehensive lists of standard equipment in a US car including power steering, power brakes, dual exhaust, a push-button TorqueFlite automatic transmission, dual antennae, air conditioning and whitewall tyres. 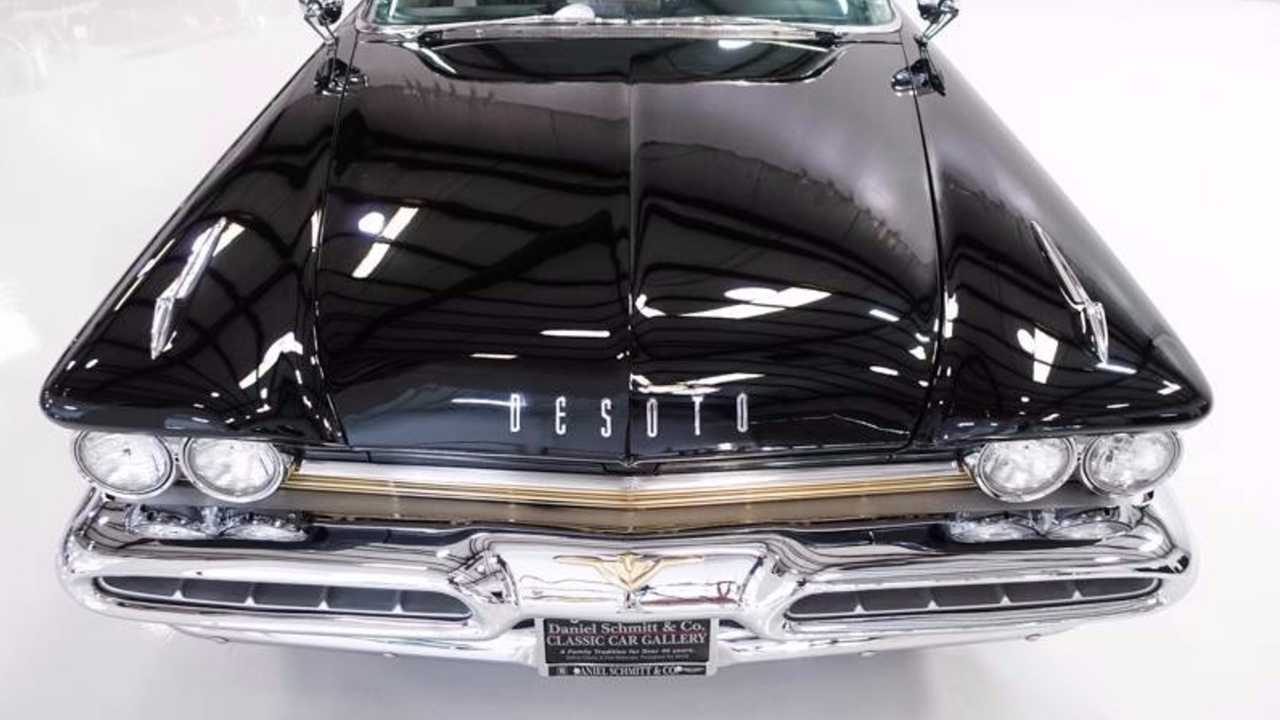 In 1959, the Adventurer came available in two colour options – white or black with aluminium side sweeps and gold anodized wheels that looked exactly like indulgent jet intakes. Power came courtesy of a 383ci V8 engine with golden dual carburettors and a compression of 10.1:1, totalling to 350hp waiting on tap and a top speed of over 140mph.

If this happens to prove too much to comprehend, especially when adding in that the Adventurer was priced mid-range rather than top end, feel free to make use of the famous swivel chairs in the front to step out for some fresh air while you take it all in. 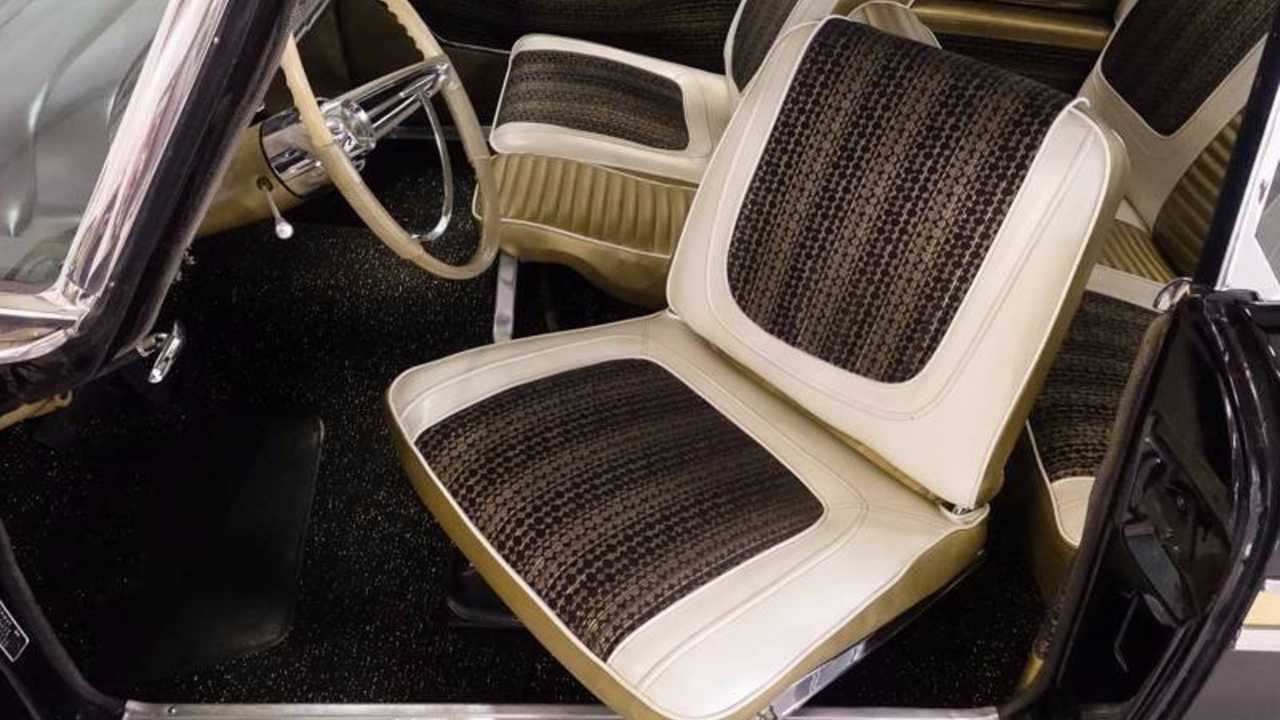 This particular DeSoto is one of only 602 Sportsman Hardtop editions of the 1959 Adventurer and has recently reappeared for sale.

With only 64,139 miles (103,000 km) on the odometer and wonderful appointments including air conditioning, the TorqueFlite auto-transmission and working AM Radio complete with dual antennas, this restored DeSoto serves as a stunning reminder of the boundless enthusiasm that went into designing American classics in the 1950s. 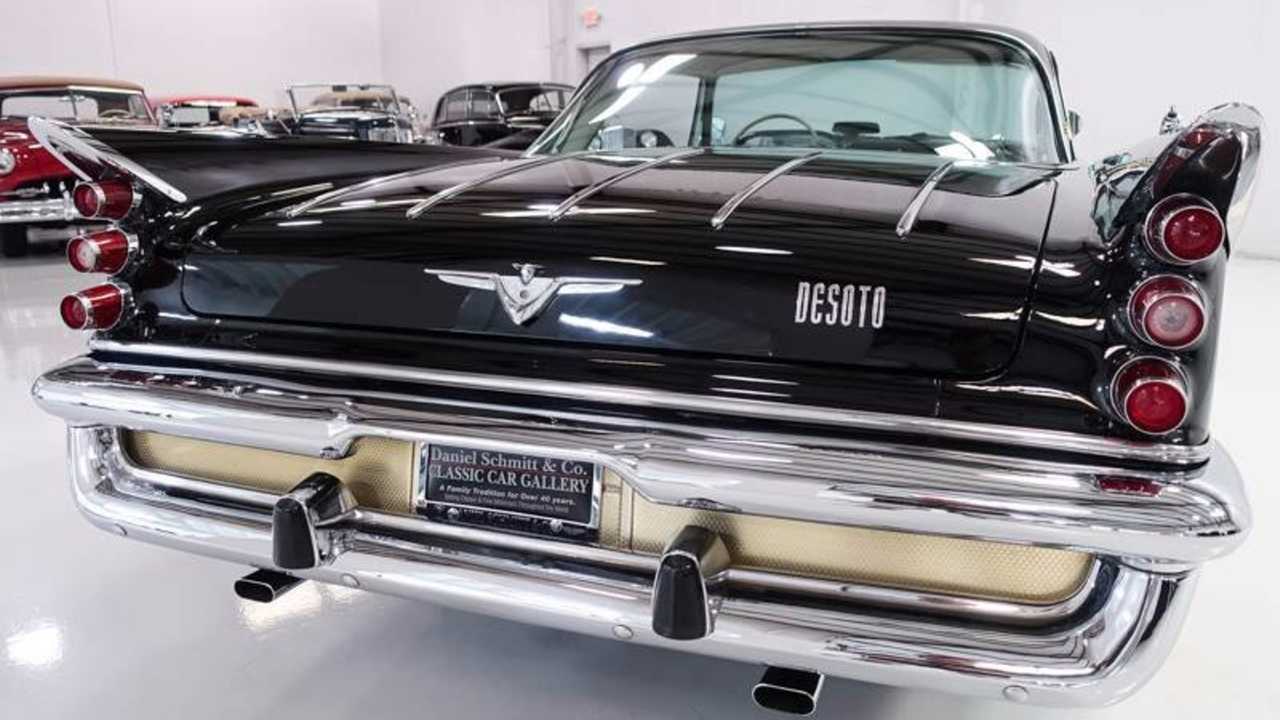