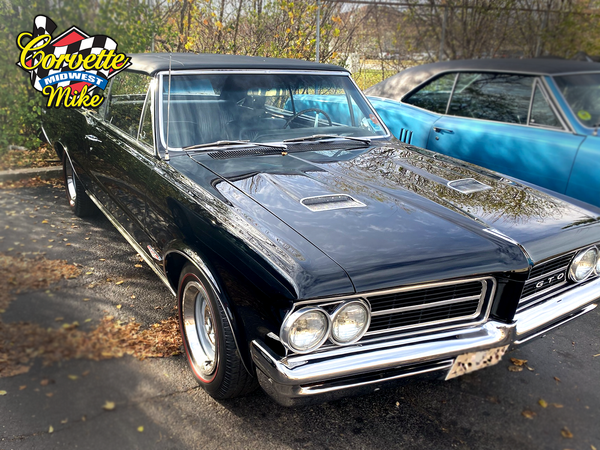 If a numbers-matching Pontiac GTO has been out of reach for you, you should read on. This car might be exactly what you're looking for.

The GTO was originally born from a bit of corporate subterfuge. At the time, corporate policy dictated that midsize cars were limited to engines no larger than 330 cubic inches.

The car became a wild success, and kicked off the muscle car era as we know it. As you probably know, the Pontiac GTO is a very hot property in the muscle car world. However, since it's built on top of the Le Mans platform, it's entirely possible to build your own from a less-expensive base car.

That's exactly what the owner of this car did. Starting with a 1964 Le Mans, they built a convincing replica. All of the important pieces are there: the 389 cubic inch V8, the four-speed manual, the scooped hood.

The other details are there, too: the badging, the red stripe tires, the "dual dual" exhaust. So, what's the major difference between this and a real GTO? The price.

This 1964 GTO tribute is being sold by Corvette Mike Midwest out of Burr Ridge, Illinois. For just $59,990, you can own this well-executed tribute to the legendary muscle car that started it all. Sure, you can buy a real GTO for that money – but it won't be this nice by a long shot. You'll have to reach far deeper into your pockets for that.